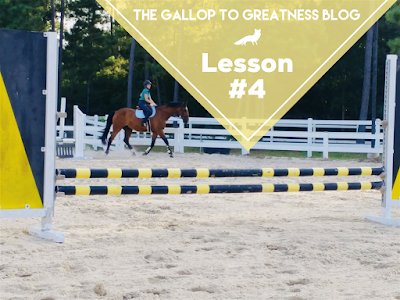 Let me just start by saying I still wasn’t feeling 100% the past week. And I was sick all day Saturday with low blood sugar and some pretty bad asthma.


But I woke up feeling better on Sunday. I even went out and did some things. Only to regret that decision because I ended up getting my asthma triggered again lol.


7pm came and I was assigned to ride a different horse again. I love riding different horses often. Each time I ride a new horse it helps me be more adaptable and comfortable for the next one.


Today was a big bay gelding. In his younger years he won at the 1.60’s. But today he was gonna pony me around. I pity him..


He certainly was a gentleman and got right up to the mounting block. But he was a lot of work to ride. I was determined to get him forward (ish) and even my instructor commented on how well I had done in that area. His canter was fun although he made me work for leads and despite being an old man he still had a little buck in him if i used the crop to emphasize my leg. Honestly I’m not at all upset about a horse that makes me work because I’ll be all the better of a rider for it.


We did some low jumps. Starting with a single cross rail. I was less excited this time, thankfully. And this was helped by her having me sit the last few strides.


Next was an outside line. By this point I was definitely getting tired and keeping him going was tough but we managed to get it done. My equitation on the last one was atrocious! I knew it as soon as we took off. I had my weight in my toes and didn’t feel much bend in my knees. I love my instructor because she didn’t yell at me or make me feel even worse for what I already knew was wrong. She simply pointed it out and asked I try again.


Then she wanted to test out my steering with a  “jumpery” 90 degree 4 stride turn to the left from jump one to jump two. Then a bending 8 or 9 stride line to the right for jump three. Jump one went well. I felt reasonably strong over it. Even before the first jump i was planning the second and immediately started my turn as he finished landing. He was great and followed my cues but nearly fell making the turn. Strangely I was not scared. I was laughing..... He regained his footing in time for the second jump though. Jump three was a piece of cake after that. Then because I was exhausted I let him trot way to early.


After each lesson I like to create a list of the things I struggled with most and at least prepare mentally for those challenges next time. So far this has actually helped. Nothing beats actual practice but it’s better than nothing 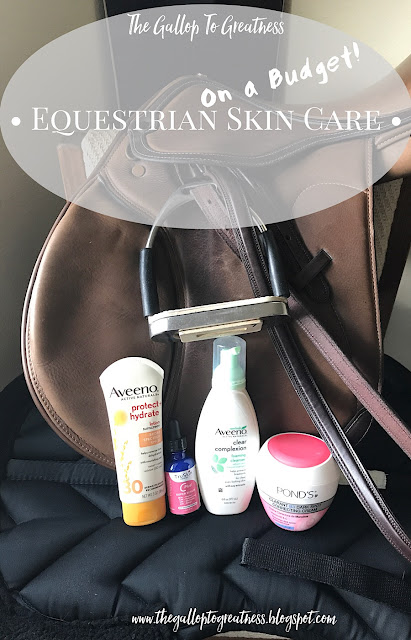 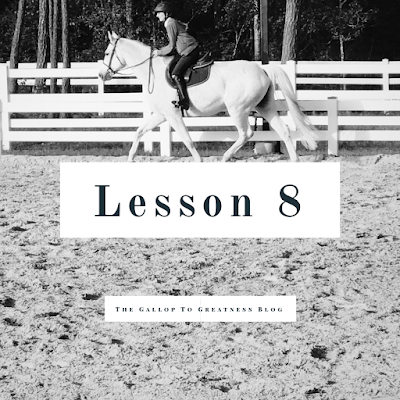